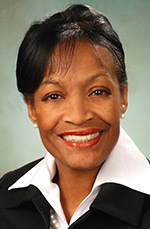 Linda D. Forte, Comerica’s senior vice president of business affairs and chief diversity officer, has announced her plans to retire in August following a 42-year career with the bank.

“Under Linda’s leadership, Comerica has contributed millions of dollars to nonprofits in the communities we serve, provided our colleagues meaningful community volunteer opportunities, and driven our diversity program forward, making it one of the best and most recognized in the country,” says Ralph W. Babb Jr., chairman and CEO.

In addition to her service on a number of boards, Forte has earned recognition during her tenure with the bank, including as a recipient of the 2014 Michigan Roundtable for Diversity and Inclusion Annual Humanitarian Award, as the 2014 Michigan Women’s Foundation Woman of Achievement and Courage, and as a 2013 Inductee into the “Academy of Distinguished Alumni” for Bowling Green State University.

She also was recognized in 2016 by Black Enterprises’ “Top Executives in Diversity.”