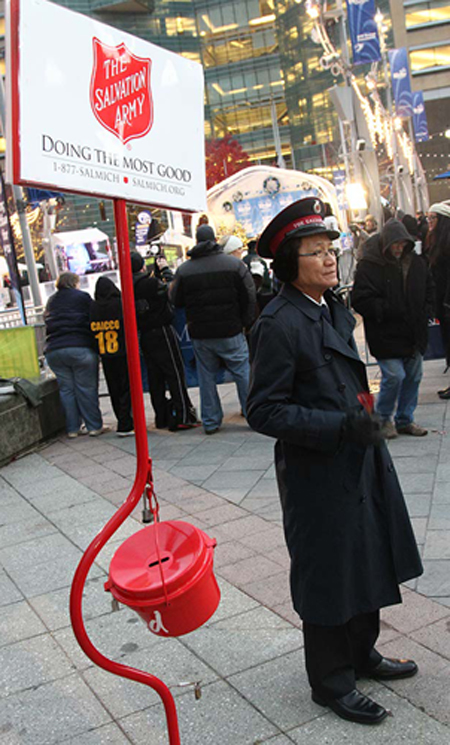 The event is part a long-standing tradition of Christmas carol singing emceed by News/Talk 760 WJR-AM Paul W. Smith. More than 100 guests who joined in the caroling of “Silver Bells,” “Let it Snow,” and “Joy to the World” led by The Salvation Army Divisional Brass Band. Supporters were also entertained by the music of jazz vocalist Nicole New.

Longtime supporters Tom and Diane Schoenith and owners Nico and Maria Gatzaros were in attendance and are credited for brining back the holiday tradition at the London Chop House. Other attendees included Richard and Jane Manoogian, Dr. Don and Dale Austin and Sam and Katie Valenti.

“Through the generosity of The London Chop House, 100 percent of these donations will support The Salvation Army allowing us to continue helping our neighbors in need throughout the coming year,” said Major Mark Anderson, general secretary and metro Detroit area commander of The Salvation Army of Metro Detroit.

For the second year in a row, The London Chop House has adopted The Salvation Army as its charity of choice during the Christmas season to provide assistance, including food and shelter, to local families.

To make a tax deductible contribution toward The Salvation Army’s 2013 Red Kettle Campaign visit salmichg.org or call 877-SAL-MICH or text SALMICH to 80888* for an automatic $10 donation.