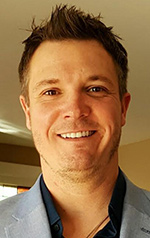 Chris Newell, of Waterford, has been named among the new mangers for the United Shore Professional Baseball League that will debut this spring in Utica. He will manage the Birmingham-Bloomfield Beavers.

Newell has worked in professional baseball for nearly 20 years as a player, manager and scout. After a college career at Northwest Missouri State University, Newell played professional baseball, earning a Gold Glove as a second basemen for the Kalamazoo Kodiaks in the Frontier League.

After retiring as a player, he began his scouting career with the Tampa Bay Devil Rays, spanning from 1999 to 2005. In 2003, Newell made his professional managing debut with the Kalamazoo Kings of the Frontier League, making him the youngest manager in professional baseball that year. Since 2006, he has scouted for the New York Yankees. Through his private instruction, Newell has trained nearly 45 players who have either been drafted professionally or signed professional contracts.

The United Shore Professional Baseball League is an independent professional baseball league, initially will be playing in a new $12 million ballpark named Jimmy John’s Field located in downtown Utica. The inaugural season, which begins Memorial Day, will feature three teams — the Utica Unicorns, the Eastside Diamond Hoppers and the Birmingham Bloomfield Beavers. Additional teams and ballparks will be forthcoming each year.