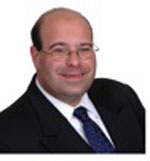 Segal McCambridge Singer & Mahoney, Ltd., a litigation firm with offices in seven cities nationwide, has announced that Alan J. Taylor has joined the firm’s Detroit office as a shareholder. Mr. Taylor will focus his practice on commercial litigation, professional negligence defense for attorneys and accountants, insurance defense, real estate litigation, business transactions, and defending creditor’s rights. He has extensive experience representing publicly-traded corporations, private companies, and individuals throughout Michigan. Mr. Taylor also regularly counsels landlords and tenants on all aspects of commercial, industrial, and residential tenancies. Mr. Taylor was named to the 2011 and 2012 Michigan Super Lawyers lists and was recognized as a 2011 Top Lawyer by DBusiness Magazine. He is AV rated by Martindale-Hubbell and is actively involved in several legal and real estate organizations including multiple sections of the Michigan State Bar. He received his J.D. from Wayne State University (1994) in Detroit, Michigan after completing his undergraduate studies at the London School of Economics (1990) and the University of Michigan (1991).