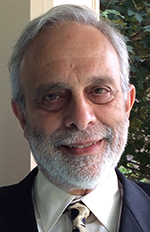 PONTIAC  — Rick David has been named the new CEO of Lighthouse of Oakland County by the agency’s board of directors. Lighthouse has been providing support and resources empowering individuals to move from crisis to self-sufficiency for nearly 45 years.

David, of Pontiac, has served with United Way locally and across the country for more than 35 years, most recently as CEO and president of its Oakland County operations in Pontiac, as well as tasked with leading the successful integration and development of United Way of Southeast Michigan’s operations, while also serving for a time as interim Michigan United Way CEO.