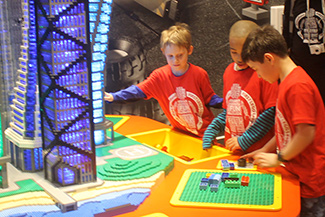 Legoland Discovery Center Michigan will open to the public on Friday at Great Lakes Crossing in Auburn Hills.

The attraction will be a 32,000-square-foot indoor center, featuring millions of Lego bricks and themed exhibits including a 4-D cinema, two interactive rides, large soft play areas, and much more.

Admission hours are 10 a.m. to 7 p.m. Monday through Saturdays and 10 a.m. – 4 p.m. on Sundays. For more information about ticket sales, visit legolanddiscoverycenter.com/Michigan.