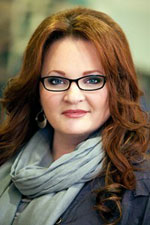 FARMINGTON HILLS— Kyyba Inc., an Engineering/IT staffing and software development company,  has named Angeline D’Balentine as it s new manager of marketing and PR department. She joins the company’s more than 300 employees around the globe, she will also help to further develop Kyyba’s media and studio space.

As manager of marketing and PR, D’Balentine will be in charge of creating a plan that will become Kyyba’s in-house marketing department, which will include public relations and media production. She will be helping to implement cross-media tactics, and putting emphasis on refining Kyyba’s online presence. She will also be in charge of the overall Kyyba brand. One of the keynote projects she will be working on is the upcoming software unit’s marketing strategy.

Kyyba CEO Tel Ganesan said Kyyba’s recent growth has called for an increase in experienced professionals that can bring invention and innovation to the table that will bring Kyyba to the next level.

“I met Angeline and was immediately impressed by her skills,” said Ganesan. “I was also equally impressed by her personality and belief system. She’s someone who reads from my own play book. I’m one who can think outside of the box, and so does she. I’m not afraid to make a move when needed. She has the same trait.”

D’Balentine of Ann Arbor brings 13 years of experience in marketing, public relations, and media production. She holds her BA with honors in communications and imaginative writing with a minor in the arts from Eastern Michigan University. She also holds her MS in Entertainment Business from Full Sail University in Winter Park, Fla. D’Balentine has received several awards and honors including being recognized with the showing of her play “Pure Poetry” on off-Broadway hosted by Stacey London (TV show “What-Not-To-Wear”), and the Women’s Commission Scholarship for being recognized as a woman having a positive impact on her community. She is an exhibited artist both nationally and internationally, along with being an established writer and film maker. She is a freelance artist for the Stan Lee Group in Los Angeles. In recent news, she has become a Cultural Ambassador for Global Detroit and been signed onto the Producer Board for the Michigan feature film “Trail,” under Phillip Lupo Jr.