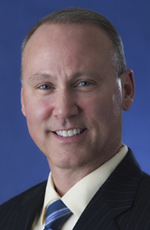 W. Scott Schilling has been named president of Detroit-based Kolene Corp., a provider of custom-designed and engineered equipment.

Schilling joined Kolene from Paragon Technologies where he was an executive vice president responsible for all commercial activities. Prior to that, he served in various sales management and business development roles with leading global semiconductor companies, most notably as a director at STMicroelectronics.  He was elected a company officer in January of 2012.