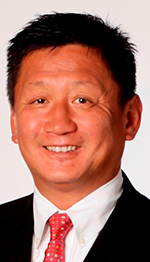 Jin-Kyu Koh has been elected as new chairman of the board at the National Kidney Foundation of Michigan, an organization dedicated to preventing kidney disease that is headquartered in Ann Arbor.

Koh joined the board five years ago and served as secretary for two years, then vice chair until being elected chairman this year. In his new role, he will oversee the operations of the National Kidney Foundation.

Koh works at the law firm Dykema, headquartered in Ann Arbor, as director of the business services department and leader of the Korean business team. He is also a former office managing member of the Detroit office and the former leader of the corporate finance practice group.

Koh, of Northville, received a Bachelor of Arts from Cornell University and a juris doctor from American University Washington College of Law.