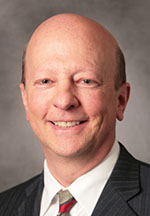 Marblestone, a member of the RBS Executive Leadership Group, the company’s senior leadership team, succeeds Scott Swanson, who is resigning to pursue another opportunity. Marblestone’s banking career has included senior leadership assignments in wealth management, middle market and consumer lending in Michigan and Ohio. He joined RBS in Michigan in 2005 and has been based in Cleveland since 2009.

“Ken is a seasoned banker who brings more than 20 years of banking experience in Michigan alone to this critical leadership role on our Michigan team,” said Robert Matthews, vice chairman for Commercial Banking. “Scott contributed significantly to our success in growing our retail and commercial businesses in Michigan and Illinois. We thank him for his dedicated service and wish him well in his future endeavors.”

“I look forward to this opportunity to contribute to the economic vitality of Michigan, the state where I grew up, went to school and have worked for the majority of my career,” Marblestone said.

Prior to his work at RBS Citizens, Marblestone held the position of partner and managing director of iCap Realty Advisors, a national commercial mortgage-banking firm. His extensive banking career began more than 20 years ago at NBD Bank in Detroit, where he served in a variety of senior management positions.

Marblestone is actively involved in community issues, serving on the boards of business and civic organizations including the Greater Cleveland Partnership, the Jewish Federation, the Cuyahoga Community College Foundation and Neighborhood Progress. Marblestone received a bachelor of arts in business administration from Albion College and an M.B.A. from Michigan State University.