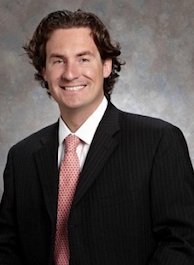 Merrill Lynch Wealth Management has recently announced the appointment of Keith E. Rowling as managing director and financial advisor of its wealth management team based in Bloomfield Hills.

“We are excited to have Keith Rowling join Merrill Lynch,” says Nathan Marsden, market executive for the Bloomfield Hills-Farmington Hills market. “Keith and his team are incredible talents in our industry. Keith’s outstanding track record of client service and commitment to serving his clients best interests are cornerstones of his team’s professionalism.”

Rowling was ranked eighth in the 2016 Barron’s Top 1200 and was listed as one of the top 25 financial advisors in Michigan. He was also ranked number two on Wall Street Magazine’s “Top 40 under 40” listing as an advisor in 2016.

Rowling joins Merrill Lynch from Morgan Stanley, where he managed $610 million in assets management and received national recognition for having one of the top wealth management practices in America. At Merrill Lynch, he will lead The Rowling Group to provide personalized financial advisory services for affluent individuals and families with considerable assets and complex financial needs.

A graduate from the University of Notre Dame, Rowling holds a bachelor’s degree in finance.