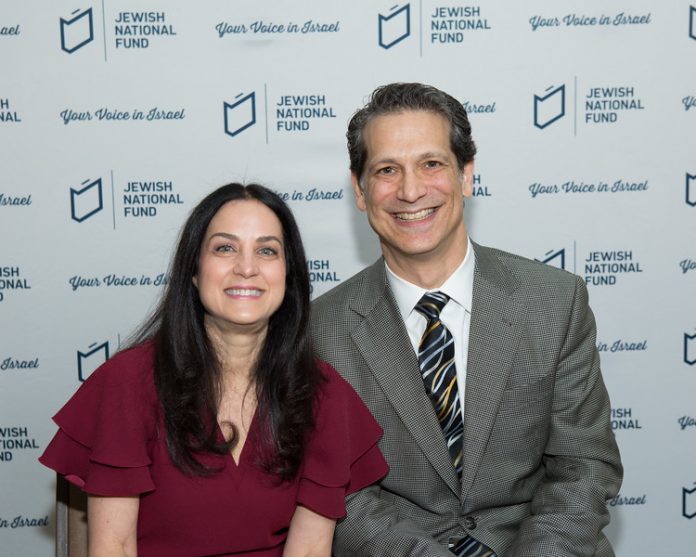 The Jewish National Fund (JNF) has announced that Andy Goldberg and Karen Freedland-Berger have been named the new co-presidents of the Detroit Board.

“It’s an honor and privilege to serve, along with my co-president, Karen Freedland-Berger, the Detroit Jewish community in this role,” says Goldberg. “This role matters so much to me because it gives me an opportunity to have a concrete, hands-on impact in the continued achievements, growth, and development of Israel. I hope I can inspire Jews in Detroit of all ages to understand that JNF is about so much more than the Blue Box and planting trees. JNF is critical to realizing David Ben-Gurion’s dream of developing the Negev, but it accomplishes so much more. It is there for all Israelis from cradle to grave, caring for the least fortunate, ensuring a prosperous and sustainable environment, along with water security, growing communities, and preserving our heritage sites.”

Goldberg is an adviser to the Detroit Social Entrepreneurship community and a member of the Jewish National Fund’s Herzl Society.

Freedland-Berger graduated with a bachelor’s degree in psychology and a master’s degree of medical social work from the University of Michigan. She has served as a nephrology social worker, a pregnancy counselor, and a psychiatric social worker. Freedland-Berger has held many positions, including board member of the Jewish Women’s Foundation and Yoga Moves MS. She is a member of the Jewish National Fund’s President’s Society and Sapphire Society. She also volunteers at the Beaumont Parenting Center, Yad Ezra, Hillel Day School, and the Jewish National Fund.

“I feel my role as co-president is that of a shaliach, focused on bringing awareness and education of JNF to Detroit,” says Freedland-Berger. “It is one of the very few charitable organizations in which donations are allocated to programs and projects determined by the benefactor. Jewish communities have a responsibility to support Israel, and the Detroit Jewish Community has been extremely receptive to Jewish National Fund.”