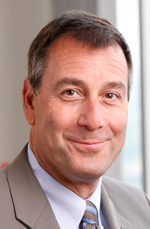 Welford has more than 30-years of experience in corporate representation and restructuring. His practice encompasses multiple industry sectors, including banking, construction, manufacturing, logistics, servicing and leasing. In addition to this new role, Welford is also co-practice group coordinator for the franchise law practice group with a specific expertise in developing franchise systems.

Throughout the years, Welford has received multiple legal honors and awards from Michigan Super Lawyer, Best Lawyers and DBusiness magazine. He is an active member in multiple business and legal associations, including the American Bar Association, American Bankruptcy Institute, Commercial Law League of America Bankruptcy and Insolvency Section and the International Franchise Association. He also serves as president of the nonprofit organization ALS of Michigan. Welford received his bachelor’s degree in business from the University of Michigan and his law degree from Wayne State University.