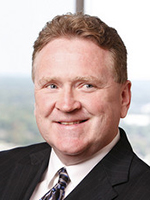 In addition to this new role, Coughlin is on the firm’s board of directors and previously served as the practice group coordinator for the insolvency and reorganization services group. Coughlin specializes his practice in secured transactions, commercial law, and bankruptcy.