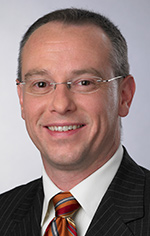 Pour, of Northville, will be responsible for aligning and advancing the company’s operational, commercial and engineering disciplines to drive further operational efficiencies and world-class quality performance across the global organization.

Pour played a critical role in establishing and integrating IAC’s regional engineering function at key strategic locations including Pune, India; Shanghai, China; Nagoya, Japan and Inchon, Korea. He played an integral role in growing the company’s Asian customer base and manufacturing footprint from what was one plant and one customer in 2007, to nearly 30 locations and a dozen major OEM customers today.

Previously, Pour spent six years with Lear Corp. where he served as engineering director for the Asian OEM business unit. He began his automotive career with Textron Automotive Co.

Pour earned his bachelor’s in mechanical engineering from Kettering University.