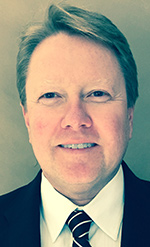 Douglas R. Mathias has been named a new independent board member of  Integral Technologies Inc., a light-weighting manufacturer based in Bellingham, Wash., with a tech center in Canton.

Mathias currently serves as the president and CEO of Jasper Rubber which specializes in the mixing and manufacture of rubber, TPE, and plastic components for the filtration, automotive, and appliance Industries.  He joined Jasper Rubber as marketing manager and later became vice president of sales and executive vice president of sales and marketing. Mathias was named COO in 1999 and further promoted to president and CEO in December of 1999. Previously, he worked as a marketing representative for Kimball International.

Mathias earned a Bachelor of Science in marketing from the University of Southern Indiana.