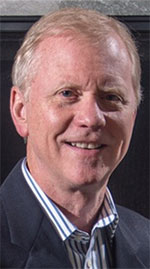 Michael Costello had been named the new president and general manager of Inn at Bay Harbor.

With more than 35 years of experience, Costello will oversee operations of the in as well as the resorts Lakeside Cottages, Crooked Tree Cottages, and the Bay Harbor Golf Club.

Costello has held positions in sales for the Marriott and the Hyatt hotel. He served as general manager of Hyatt Regency in Philadelphia, hotel manager at grand Hyatt New York, and as a consultant for Carver Hotel Group in Atlanta.

Costello, of Harbor Springs, earned his bachelor in hotel administration at the University of New Hampshire.