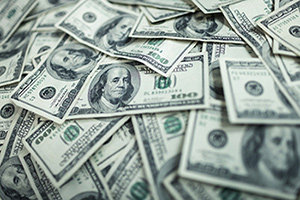 Amy Tattrie Loepp, a founding member of Impact100 Oakland, a chapter of the nationwide woman’s philanthropic organization, is offering a $100,000 grant to a non-profit operating in Oakland County.

Impact100 operates in more than 30 cities across the country and Impact100 Oakland County is the newest chapter. The other chapter in Michigan is in Detroit.

Tattrie Loepp says each year, chapters aim to recruit a minimum of 100 members who each donate $1,000, resulting in the $100,000 offer to a local nonprofit, with 100 percent of the proceeds raised given to the selected nonprofit.

“There are so many great causes across the state of Michigan that deserve our attention and support, but often times we overlook the need right in our own backyards,” Tattrie Loepp says. “When an entire community is engaged and committed to making positive change, you usually see the most impactful, long term value.”

She says the Chicago city chapter awarded four $100,000 grants last year. One of the recipients was an outpatient mental health center that used the funds to support the development of their same-day mental health care services. The Cincinnati chapter awarded four grants which funded projects like the renovation of a local high school’s recreation center to increase and enhance extracurricular opportunities for youth enrolled in Cincinnati Public Schools. The Pensacola, Fla. chapter awarded 10 grants for projects ranging from the purchase of reliable vans for a local youth center, and improving the storm water infrastructure of a local park that underwent repeated flood damage.

The nonprofit receiving the Oakland grant will fall under one of Impact100’s five focus areas: arts and culture, education, environment and recreation, family, and health and wellness with a recipient that predominately serves the Oakland County community.

The nonprofits that are interested are encouraged to attend the Nonprofit Grant Application Workshop hosted at Shain Park Realty on from 10 a.m. to noon on May 18 prior to submitting a letter of intent. Each nonprofit’s letter of intent is to be submitted by June 3 and will be reviewed by 2016 voting members. For more information, visit impact100oaklandcounty.org.