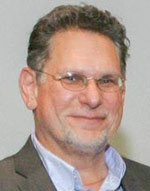 DETROIT —The Detroit chapter of the International Association of Business Communicators has named Dan Saad as its 2015 Communicator of the Year.

Saad, of Royal Oak, is the manager of communications for the North American region of Valeo, a global automotive company. His career in communications has included positions with Inteva Products, Tata Technologies, and the Turgeon Group, in addition to running his own communications company, DJS Communications. He also worked for several Detroit area newspapers for nearly 20 years.

He has received more than 30 IABC Detroit Renaissance Awards for his work, including the 2012 Presidents’ Award for best in show for communications management. Saad has produced more than 5,000 original editorial cartoons for local and national publications, including Crain’s Detroit Business, and he has been an active presence in several community organizations in south Oakland County.

He will be recognized at IABC Detroit’s 34th annual Renaissance Awards in June at the Blue Cross Blue Shield of Michigan Lyon Meadows Conference Center in South Lyon.