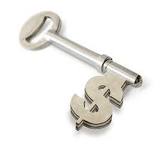 While there are few signs of recovery in Michigan, the National Bureau of Economic Research says the “Great Recession” ended in June 2009. Technically, that means economic activity stopped declining after 18 straight months. Consumers know that we still have a long way to go before the country’s financial crisis is truly over. Unemployment is still high. The real estate market is a mess. However, the economic downturn offers lessons that can help us positively impact our financial future.

Even if we haven’t been directly impacted, most of us know friends or family members who have suffered through a reduction in income, job loss, foreclosure, or bankruptcy. At times like this, it’s easy to feel powerless against the economic problems of our country and region. Don’t despair. Focus on something you can control: your own personal financial decisions.

I have a somewhat unique perspective of the financial crisis because my nonprofit company, GreenPath Debt Solutions, counsels hundreds of thousands of financially distressed consumers each year. We help people understand that changing the way they buy and save — and even changing their lifestyle if necessary — is the key to personal financial success.

Think back to the years leading up to the economic crisis. Did you focus on saving for the future? According to the U.S. Department of Commerce, the savings rate in 1980 was 9.8 percent (percent of disposable personal income saved). The rate began falling in the late 1980s and had reached 6.5 percent in 1990. By the turn of the century, the savings rate had sunk to 2.9 percent.

Too many Americans were living beyond their means. Too many were buying homes they couldn’t really afford, taking out home equity loans to generate cash, and using credit cards to supplement their lifestyle. No documentation loans, interest-only loans, and adjustable-rate mortgages had become extremely popular in the years leading up to the financial crisis. Television ads urged us to refinance and use the cash to pay down credit card debt or buy more stuff.

People learned that they couldn’t count on their home as a savings nest egg. One in four U.S. homeowners with a mortgage owes more on their home than it is worth. The situation is worse in Michigan, where Huffington Post reports as many as 50 percent of mortgages are underwater. Only three states (Nevada, Arizona, California) have higher foreclosure rates than Michigan.

Has the financial crisis changed the way you use credit cards? Delinquency rates skyrocketed in 2008 and 2009 as cardholders struggled to pay their bills. Banks tried to limit their exposure by closing accounts and reducing credit limits. According to TransUnion, the number of active credit cards fell by nearly 30 percent from 2008 to 2010. In 2009, about half of U.S. cardholders had their credit limit reduced. Today, credit is tighter. Fewer people are using credit cards, and the average credit limit is lower. Delinquency rates have plummeted back to earth as cardholders are more careful to charge only what they can afford to pay back.

People experiencing financial stress naturally bring those concerns to work. According to MetLife’s 8th annual Employee Benefits Trends Study released in 2010, one-quarter of employees surveyed admit feeling distracted at work because of financial worries. More than half (56 percent) say they are very concerned about just making ends meet. Only 37 percent are confident in their ability to make the right financial decisions.

Does your employer recognize that the financial health of its employees impacts its bottom line? Nearly two-thirds (65 percent) of employers believe that employees are less productive at work when they are worried about personal financial problems. Over half (52 percent) say that absenteeism increases when employees are dealing with personal financial issues. In a still-fragile economy, employers are realizing that it makes economic sense to provide employees with resources to help improve financial security.

Nobody knows what the future holds. However, each of us can focus on controlling our own financial destiny. We can focus on managing our money effectively and living within our means. We can teach our children the importance of saving and buying only what they can afford. Business leaders can improve the financial literacy of their employees and provide assistance to those in financial crisis. Let’s make sure the lessons we learn from the financial crisis result in positive changes for our future.

Rick Bialobrzeski is director of government/external relations and communications for GreenPath Debt Solutions in Farmington Hills.