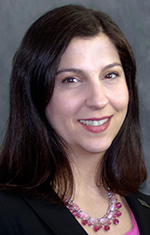 Detroit-based Hospice of Michigan has announced a promotion and two new hires to expand its philanthropy staff.

Lora Cabarios has been promoted to statewide director of philanthropy and Alexandra Wilson and Michelle Gallagher have joined the nonprofit as philanthropy specialists.

Cabarios, of Macomb Township, previously served as director of major gifts and southeast director of philanthropy for the organization. Cabarios will be responsible for leading the Hospice of Michigan Foundation major gift campaign along with statewide donor development for annual giving and planned gift programs. Cabarios has extensive experience in donor development and stewardship, volunteer management and special event planning.

Prior to accepting her new position, Wilson worked as outpatient administrative support at Pine Rest Christian Health Services in Grand Rapids and was a student ambassador specializing in leading donor tours at Aquinas College. Wilson holds a bachelor’s in political science and history from Aquinas College.

Gallagher previously worked at United Way of Northern Michigan as the organization’s director of community impact. Prior to United Way, she held the position of customer relations and Internet manager at Traverse Motors in Traverse City. Gallagher holds a bachelor’s in business administration from Davenport University.