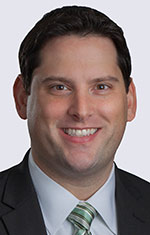 DETROIT — Steven J. Migliore, a partner at Honigman Miller Schwartz and Cohn LLP, has been named as president of NEXTGen Detroit.