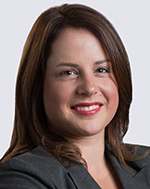 Kimberly A. Yourchock has joined Honigman Miller Schwartz and Cohn LLP as a partner in its Wage and Hour Practice Group. She will be located in the firm’s Detroit office.

Yourchock, of Royal Oak, will focus her practice on representing employers in state and federal courts and before various administrative agencies in labor and employment matters, including retaliation, harassment, discrimination, breach of contract, and wage and hour matters.

Previously, Yourchock worked at the Detroit office of Jackson Lewis PC. She is admitted to practice in all Michigan courts and before the Sixth Circuit Court of Appeals.