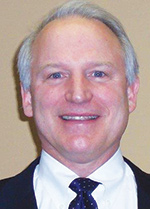 The Home Builders Association of Southeastern Michigan has named its new leadership team for 2016.

Clarke was hired by Robertson Brothers Homes in 1990 as director of land acquisition. By 2004 he had become president of the 70-year-old company. The company has opened 11 new communities in the past two years. Clark was named HBA’s Bert L. Smokler Builder of the Year in December 2015.

The Executive Committee is responsible for furthering the building industry’s relationship with municipal and county governments and providing representation in the state and national associations. Additionally, the Committee assists in overseeing HBA’s mission to provide education, information, programs, networking, political action and all other activities that advance the building industry, while making the American dream of home ownership a reality for Michigan families.