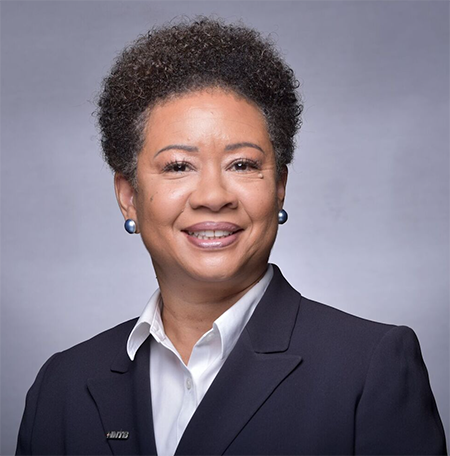 HNTB Corp., employee-owned infrastructure solutions firm, announced the addition of Regine Beauboeuf as vice president and program manager to the firm’s Michigan office in Detroit. She will support key project pursuits and delivery across the region.

“Regine is a recognized industry leader whose decades of work in both the public and private sectors will add significant value to clients and project teams,” says Eric Morris, office leader and vice president of HNTB Michigan. “Her insight into the design-build and public-private partnership delivery methods also promise to greatly benefit project owners seeking to maximize the value of limited transportation resources.”

Beauboeuf has nearly 34 years of regional transportation and infrastructure experience that began with the Michigan Department of Transportation’s (MDOT) bridge design and project development sections, where she worked as supervising engineer on mega highway projects across the state.

After leaving MDOT, Beauboeuf served in various leadership roles in the private sector, including managing the engineering program for the $4.4-billion Gordie Howe International Bridge and serving as project manager for the $1.2-billion Turcot Interchange design-build project and the $485-million A-25 public-private partnership in Montreal, the first transportation P3 in the province of Quebec. She also served as technical adviser to the Indiana Department of Transportation for the $2.5-billion Ohio River Bridges project.

Beuboeuf earned her bachelor’s degree in architectural engineering from the National University of Haiti and her Master of Business Administration with a focus on strategic management and leadership from Davenport University.

HNTB has served Michigan for more than 25 years, working on some of the highest-profile projects in the state, including serving as prime design consultant on the I-75 MDOT Ambassador Gateway project; providing construction oversight services for the North Terminal redevelopment project at Detroit Metropolitan Airport; and serving as owner’s representative for M-1 RAIL’s QLINE, the first operating streetcar system in Detroit since 1956.