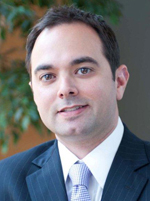 BLOOMFIELD HILLS — Bloomfield Hills-based law firm Hertz Schram PC has added Joseph A. Bellanca to the team of Howard Hertz and Jay Yasso in the firm’s entertainment law practice. The firm has represented some of entertainment’s best-known talents, including Eminem, Mike Posner, and Elmore Leonard.

Prior to joining Hertz Schram, Bellanca was the founder of Bellanca & Associates, which specialized in sports and entertainment, intellectual property and corporate law, as well as labor relations, civil litigation and criminal defense. He also served as the general manager of Freedom Hill Amphitheatre in Sterling Heights where he worked with a number of music icons including B.B. King, Don Henley, James Brown, and Al Green.

Both Bellanca and Hertz were recently named “2013 Top Lawyers” in the field of Entertainment Law by DBusiness magazine and Hertz is also recognized by “Best Lawyers in America” and has been featured in “Super Lawyers.”