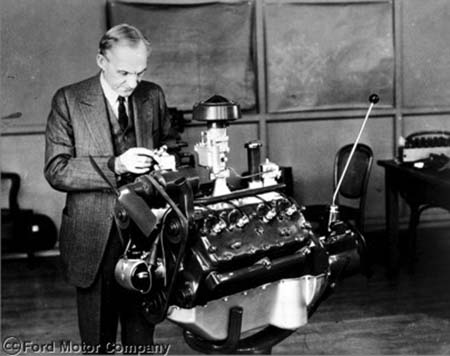 DEARBORN — Today marks the 150th anniversary of the birth of Henry Ford, whose innovative ideas revolutionized transportation and brought mobility to the masses. Henry Ford’s enduring impact is being recognized through events and declarations across the United States and around the world.

Celebrations at Ford Motor Company’s Dearborn headquarters today are being complemented by a special proclamation by the state of Michigan declaring this “Henry Ford Day.” â€¨In Washington, D.C., hundreds downtown and on Capitol Hill will mark the day enjoying commemorative cupcakes delivered by a food truck, part of a mobile movement Henry Ford would support.

While today’s events mark the day of Henry Ford’s birth, they are just part of a yearlong celebration of the man and his achievements.

Appropriately, given Henry Ford’s global impact, the anniversary of his birth is being commemorated in countries around the world throughout 2013. Some of the events include:

•   In Great Britain, celebrations were capped by the reveal of a restored statue of Henry Ford at the company’s UK Tech Centre

In coming months, celebrations will continue with additional events across the United States, Europe and South America.