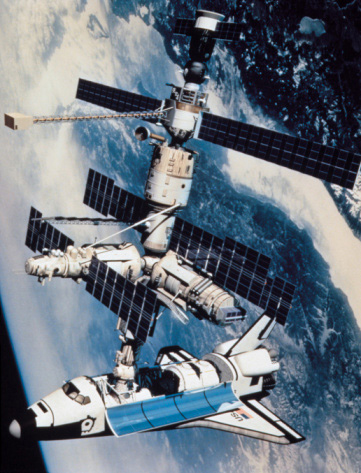 DETROIT – Scott Dulchavsky, M.D., Ph.D., chair of the Department of Surgery at Henry Ford Hospital, will be inducted today into the Space Foundation’s Space Technology Hall of Fame for his work training astronauts to use ultrasound technology in space.

Dulchavsky, of Birmingham, is among seven people to be inducted at the 29th National Space Symposium in Colorado Springs. The Space Technology Hall of Fame recognizes technologies and innovations that have been adapted to improve life on Earth.

Dulchavsky is being honored as the principle investigator for the Advanced Diagnostic Ultrasound in Microgravity experiment, a collaboration between Henry Ford Hospital, Johnson Space Center and Wyle Laboratories Inc.

He led a team that used small, portable ultrasound devices to train astronauts aboard the International Space Station from 2003-2005 so they could obtain a wide variety of diagnostic-quality medical images transmitted by satellite to the ground where radiologists can read them. The experiment showed the effectiveness of using ultrasound as a remote diagnostic tool and sending image quality scans over long distances.

Since then, Dulchavsky has worked with the Detroit Red Wings to test the technology. A portable ultrasound device was placed in the team’s locker room and connected to an ultrasound workstation at Henry Ford Hospital, where a radiologist guided Red Wings trainers to perform ultr

asound tests on a shoulder, ankle, knee, hand and foot and to send the images for diagnosis.

Dulchavsky joined Henry Ford as chair of Surgery in July 2003. He is board certified in surgery and critical care medicine. He earned his medical degree at Wayne State University, where he also completed advanced medical training. He earned his doctorate from Wayne State.