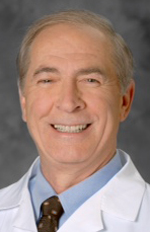 DETROIT — William Conway, M.D., has been selected as one of the “50 Most Influential Physician Executives in Healthcare” by Modern Healthcare magazine, the only Michigan physician to be honored.

In addition, he was named one of the “50 Experts Leading the Field of Patient Safety” by Becker’s Hospital Review.

Dr.  Conway, of Birmingham, is executive vice president and chief quality officer of Henry Ford Health System and CEO of the Henry Ford Medical Group. Organized by Dr. Conway and his team, Henry Ford has won the “triple crown” in health care quality by being recognized with the:

Conway is the past chairman of the American Medical Group Association, current chairman of the American Medical Group Foundation, and a founder of the Group Practice Improvement Network. He joined the Henry Ford Medical Group in 1977 as a senior staff physician in the Division of Pulmonary and Critical Care Medicine. Since then, he has served in numerous leadership roles, including chief medical officer for Henry Ford Hospital. Conway completed a fellowship and his residency, including serving as chief medical resident, at Henry Ford Hospital. He earned his medical degree from Creighton University in Omaha, Neb.