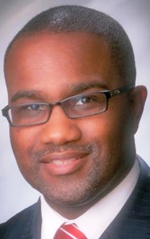 “Reginald will serve an important role for the foundation and the college. He brings a level of expertise that will help enhance the foundation’s legacy and attract new supporters who to help provide a College education for thousands of students,” said Stan Jensen, president of HFCC.

Best, of Southfield, brings more than 20 years of higher education fundraising to his new role at HFCC. He began his career in fundraising at Rochester College in Rochester. Since then, he has held leadership roles at the Eastern Michigan University Foundation in Ypsilanti; the Schoolcraft College Foundation in Livonia; the University of Chicago and at Wayne State University.

During his career he has successfully leveraged meaningful gifts to support scholarship and programs that benefit students. Previously, Best served as the director of development and CEO of the Schoolcraft College Foundation.

In addition to working in higher education, Best has worked with a broad spectrum of non-profit organizations and religious groups in relation to capital campaigns, major gift fundraising and strategic planning. He has an extensive background in development and alumni programs, and understands how to build cooperative relationships with donors, community representatives, foundations, corporations and individuals. Prior to arriving at HFCC, he served as vice president of Development and director of Campaigns for Southwest Solutions in Detroit.

“I am excited to be a part of a great institution that has served this community and state for 75 years.  Community colleges are one of our greatest assets and can help us regain our competitive edge in the state of Michigan,” Best said.

Best graduated with an undergraduate degree in industrial/organizational psychology and a graduate degree in education —both from Wayne State. He also attended the Indiana University School of Philanthropy where he received a certificate in fundraising management. He is a member of the Association of Fundraising Professionals – Greater Detroit and also serves on the board of directors for Michigan Youth in Government.