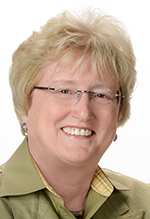 Nancy Schlichting, CEO of Henry Ford Health System, has been named to Modern Healthcare’s list of the 100 Most Influential People in Health Care. Schlichting has earned the honor eight times. She ranked No. 98. Only one other person from Michigan made the list: Dr. Richard Gilfillan, president and CEO, CHE Trinity Health, who ranked No. 32.

Schlichting has led the nearly $5 billion comprehensive, integrated health care organization since June 2003 and has been a Henry Ford executive since 1998. Under her leadership, Henry Ford Health System has experienced a financial turnaround, resulting in positive revenue growth for the last 12 years. She is also credited with creating and fostering an environment of award-winning patient safety, customer service, and diversity initiatives.

In addition, President Obama recently appointed Schlichting to serve as chairperson of the Commission on Care, a 15-member panel recently established by Congress to examine ways to improve health care for military veterans.

This is the 14th annual publication of the magazine’s 100 Most Influential People in Health Care. The top five people who made this year’s list are: