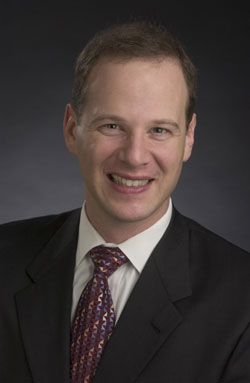 The membership-based organization, which helps business leaders make better decisions and generate better results, will honor Hauptman during its annual CEO Summit on  Friday at  The Henry Hotel in Dearborn.

As president of the full-service investment real estate company, Hauptman is responsible for setting and managing the strategic direction and growth of the Oxford Co., including oversight of long-term planning, acquisitions, financing, budgeting and leasing functions for the entire company’s portfolio. Under his leadership, Oxford has grown from a one-person property management company to one of the Ann Arbor’s largest real estate acquisition, construction and management firms with $250 million in assets under management.

“Jeff has been with Vistage for about five years and there is a clear difference in his skill sets and behaviors between now and when he first began,” said Vistage Michigan CEO and Chairman Robert Holland, who also is Hauptman’s Chief Executive Group chair.

By acquiring local commercial properties with AAOFI (150,000 SF – a 20 percent increase in Oxford’s owned portfolio, and additionally a 64-bedroom apartment building), and through other projects on which it was working, Oxford’s revenues have increased 25 percent.

Through Vistage Michigan, small business owners and chief executives gain direct and immediate access to unparalleled ideas and thinking.  From one-on-one business coaching, intimate peer-to-peer workshops, and presentations from top industry executives, to advisory boards of CEO peers, extensive online libraries of content and beyond, Vistage Michigan provides its members with actionable knowledge that cannot be replicated by any university, traditional workshop or networking organization.

Cleamon Moorer Jr. Elected to Michigan HomeCare and Hospice Association Board of Directors