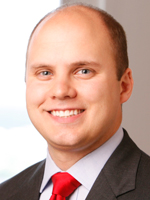 A member of Jaffe’s insolvency and reorganization practice group, Hage represents asset purchasers, creditors’ committees, debtors, secured and unsecured creditors, and trustees in bankruptcy proceedings nationwide. A frequent writer and speaker in the area of bankruptcy law, Hage currently serves as newsletter editor of the American Bankruptcy Institute’s  Unsecured Trade Creditor’s Committee, a coordinating editor for the ABI Journal, a member of the editorial advisory board for the Norton Journal of Bankruptcy Law & Practice and a contributing editor for both the Norton Annual Survey of Bankruptcy Law and the Norton Bankruptcy Law & Practice.

In 2012, Hage was elected president-elect for the Michigan Chapter of the Turnaround Management Association, which is a leading global organization dedicated to turnaround management, corporate restructuring, and distressed investing disciplines. Additionally, he is the co-chair of the Claims and Priorities Subcommittee of the American Bar Association’s Business Bankruptcy Committee.

Hage earned his bachelor’s degree from James Madison College at Michigan State University and his juris doctorate from Loyola University Chicago School of Law. Upon completion of law school, Hage continued his education and earned his master of laws in bankruptcy from St. John’s University School of Law.