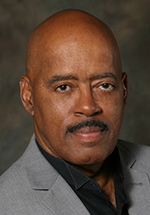 The Macomb County Habitat For Humanity in Mount Clemens has named Gerald W. Smith as the organization’s new director of community engagement.

Previously, Smith served as the senior manager of external affairs for Comcast-Michigan. In his new position, Smith will work to engage the local, regional, and national business community, to garner greater support and resources for the nonprofit organization.

Smith, of Detroit, has experience in the fields of communications, education and business. He has served on the faculty of Wayne State University, hosted an EMMY nominated metro Detroit call-in TV/radio show on Detroit Public Television, co-authored several market studies for the City of Detroit, served as a project director for Eastern Market and the Detroit Economic Growth Corp.

He was also a 2011 Leadership Macomb graduate, a past member of the Macomb Chamber Board of Directors and was an executive committee member of Make Macomb County Your Home. He serves on the Madonna University board of trustees and the Detroit Jazz Fest board of directors.

Smith was a 2010 inductee into the Michigan Chapter of the National Academy of Television Arts and Sciences Silver Circle, a 2010 Michigan Chronicle “Man of Excellence,” and a Minority Fellow for the National Society of Fundraising Executives. He was a member of the Wayne State University faculty in the department of Africana studies.

He earned his Bachelor of Arts in diplomatic history at the University of Detroit.