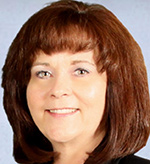 Sue F. McCormick has been named CEO of the Great Lakes Water Authority. She had been serving as the interim CEO of the authority as well as director of the Detroit Water and Sewerage Department.

Previously, McCormick served as public services administrator for the City of Ann Arbor, where she managed that city’s physical infrastructure, including roads, solid waste, parks, fleet and facilities, and the water and sewer system. Before that, she was the city’s water utilities director. Prior to her work in Ann Arbor, she was with the Lansing Board of Water and Light for more than 20 years, serving as environmental chemist, environmental laboratory manager, manager of water and steam planning, water technical support manager and business development manager.

She is active in the American Water Works Association, a prominent international organization for water industry professionals. She has served as AWWA-Michigan director and as an association vice president.