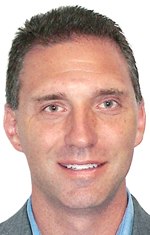 In his previous role serving as vice president of information technology, Strohschein overhauled the IT department, implementing significant changes that, in turn, improved company and dental office efficiencies as well as led to an improved patient experience.

Key accomplishments included the creation of a data warehouse used for company reporting, upgrading the core software application to a completely new technology, rebuilding the company’s telecommunications infrastructure and creating an in house solution for appointment confirmations with text messaging and/or email confirmations.

As part of his promotion to CIO, he will be charged with maintaining the company’s role as a technology leader and innovator in the dental industry and supporting its strategic initiatives.

“During Ken’s time with Great Expressions, he has rebuilt and stabilized the IT teams and systems to meet the needs and priorities of the business, improved our efficiency and contributed to our growth and success,” said CEO Richard Beckman.

Prior to joining GEDC in April 2010, Strohschein, of Lake Orion, was the senior vice president and chief information officer for Lumber Liquidators, where he successfully led his team through an initial public offering and consolidated reporting across all systems. Strohschein was also the vice president and chief information officer for Hickory Farms, managing all aspects of technology for over 700 retail locations. As the technology leader for the Busch’s grocery store chain in 1992, he built one of the industry’s first Windows based point of sale and centralized back office management systems, which is still in use to this day. Strohschein received his bachelor’s degree from Kennedy-Western University.