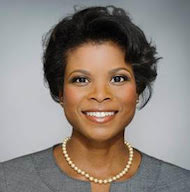 Detroit-based non-profit organization Goodwill Industries has recently announced the appointment of Jessica McCall as vice president of marketing and external affairs. In this role, McCall will be responsible for developing the organization’s message and building strategic partnerships.

“Jessica brings an assortment of knowledge and experience to Goodwill industries,” says Daniel Varner, CEO of Goodwill Detroit. “We know her expertise will push Goodwill’s mission and commitment to continue to help metro Detroiters overcome employment barriers and earn jobs in the community.”

McCall began her political career in 2002 with former Michigan governor, Jennifer Granholm. Since then, she has served as an aide to former President Barack Obama and First Lady Michelle Obama as a white house advance associate, in both the 2008 and 2012 presidential campaigns. Most recently, McCall worked for the city of Detroit as the director of constituent affairs. She is a graduate of Michigan State University

“As vice president of marketing and external affairs for Goodwill Detroit, I am eager to continue my work supporting the city of Detroit in this new capacity,” says McCall. “Goodwill has an incredibly dedicated team with a mission critical to our city’s stability. I’m excited to develop new ways to tell Goodwill’s story and help the organization achieve its goals.”

Goodwill Detroit has placed more than 1,000 residents in Wayne, Oakland, and Macomb counties into new jobs and has provided job training, education, and placement services to more than 9,000 individuals in the region.