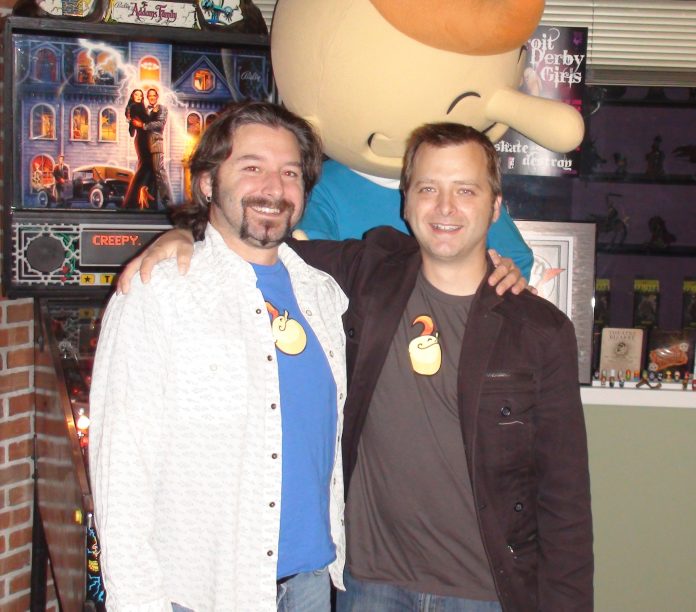 When brothers Zach and Josh Ball of Mercury Studio LLC, a Pleasant Ridge-based marketing firm specializing in digital and online marketing, were asked to come up with an idea that combined a locating device with coupon and discount services like Groupon and Living Social, they went to the drawing board.

What they came up with was Mobibo, a free application that earns consumers cash by viewing advertisements on their smart phone as they walk or drive near participating businesses.

“Whether it be (a billboard advertisment) or some sort of a coupon, you opt into a network where people are paid to be part of (it),” says Zach Ball, president and co-owner of Mercury Studio LLC. Josh Ball is managing partner and co-owner.

Mobibo works using location-based technology that alerts a consumer’s smart phone with a ping or push notification. Participants earn 25 cents through a PayPal account for every ad viewed, whether they choose to participate in the promotion or not.

Presently, Mobibo supports Apple iPhone and Android devices (other smart phones may be added in the future).

Using metro Detroit as its first marketing test area, Mobibo has signed 10,000 users and 200 businesses since going live last September. Gravy Network, the owners of Mobibo and Mercury Studio, hope to take the application national at the end of 2012, pending sufficient demand.

To build its advertising base, Mobibo partnered with Save on Everything, a discount directory that produces coupon books. As a result, it reached vendors ranging from local plumbers to larger corporations including Dairy Queen, Belle Tire, and Dunkin’ Donuts, Zach says.

“The key thing is to put businesses in touch with consumers, and get something in front of the consumers that they will take action for,” he adds. “What we’re doing is helping guide businesses in order to give out great incentives that motivate the consumer.”

Local businesses such as L’Uomo Vogue, a men’s fashion and accessories store in Bloomfield Hills, garnered more than a dozen new customers since linking with Mobilo in mid-November, says store owner Mike Goldman.

“For us, (using Mobibo) is more for branding purposes,” he says. “We find it as a way to get our name out to the people that might be going to the larger department stores like Neiman Marcus.”

For users such as Lauren Weber, blogger of “Mrs. Weber’s Neighborhood,” Mobibo was too good to be true. She discovered the app on a fellow blogger’s site.

“I thought, there has got to be a catch,” she says. “(But) it’s great, I actually downloaded it, and it literally will pull up an ad as I drive past (participating) businesses.”

Although, Mobibo seems revolutionary, some such as Ed Nakfoor, a retail consultant in Birmingham, wonders how the app will stand out from the, “There is an app for everything” clutter box, he says.

“Consumers will start to gain an app fatigue,” Nakfoor says. “We eventually get to a saturation point (of discount ads). It’s too much to keep track of.”

Weber disagrees, “An ad for roofing popped up and I didn’t need it, but I get paid for viewing it,” she says. “It’s really not that bad.

The general price for a business is 75 cents per ping once an ad is viewed on a smart phone. Mobibo hopes to average $25,000 per day in revenue, Zach says. With six employees and several interns, Mobibo seeks to have 50,000 active customers from metro Detroit (one ping per day viewed).

Another advantage: Merchants no longer have to guess how many consumers they reach. “We can say with absolute certainty we know exactly how many eyeballs looked at the ads,” Zach says.

Showcasing local and franchise businesses alike, Mobibo also donates to local charities including DMC’s Children Hospital and Turning Point Inc. “For every download that we get within a certain period of time, we are going to donate 25 cents to that particular organization,” Zach says. “We hope its a win, win for everybody.”