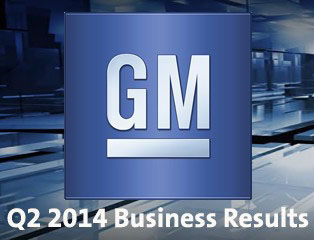 Strong core operating performance during the quarter was offset by a pre-tax net loss from special items of $1.3 billion, and costs of $1.2 billion pre-tax primarily for recall-related repairs.

“Our underlying business performance in the first half of the year was strong as we grew our revenue on improved pricing and solid new vehicle launches,” said Mary Barra, GM CEO. “We remain focused on keeping our customers at the center of all we do, and executing our plan to operate profitably in every region of the world.”

In the second quarter of 2013, GM’s net income attributable to common stockholders was $1.2 billion, which included a net loss from special items that reduced net income by $0.2 billion.