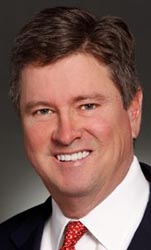 DETROIT — General Motors named Robert E. Ferguson to senior vice president of global public policy. Ferguson will report directly to GM CEO Mary Barra and is responsible for GM’s federal, state, and international government relations and public policy activities in the U.S. and its markets around the globe.

Ferguson joined GM in 2010 as vice president for global public policy and served in that position through October 2012. He is credited with helping GM strengthen its position on Capitol Hill, and with its many regulatory agencies, on a wide range of business challenges related to energy, tax, labor, and finance policy.

Ferguson also will serve as chairman of the GM Foundation and oversee the philanthropic organization’s contribution to the communities where GM employees live and work.