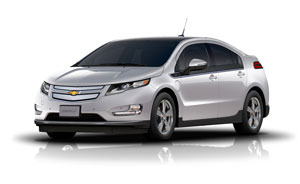 After a rough patch of two years caused mostly by the global financial meltdown, worldwide light vehicle sales are projected to rise to 93.0 million units in 2016, up from 69.7 million units in 2010, according to CSM Worldwide in Northville. That’s good news for metro Detroit OEMs and their suppliers.

Still, many analysts believe that the auto industry has too much capacity, meaning more mergers, acquisitions, and partnerships are in store, especially as it relates to new technology. For example, Ford and Magna have partnered on a battery-powered version of the Focus (due in 2012).

In turn, some analysts foresee Japanese OEMs consolidating in the future given a mature auto market where sales are expected to rise to 13.9 million units in 2016 (Japan/Korea), up from 13.0 million units in 2010. Other experts say GM and Chrysler may merge if the latter automaker struggles to gain traction once a wave of new model introductions comes on line in 2012.

“Which ever automaker innovates the best in terms of the next-generation of electric and hybrid vehicles, will win on the sales floor,” says Moheeb H. Murray, an associate with the law firm of Bush Seyferth Paige in Troy. “There’s a great deal of complexity in the auto industry, so you don’t want to bet on the wrong horse.”

For North America, CSM Worldwide projects light vehicle sales will jump to 15.8 million units in 2016, up from 11.8 million units in 2010. GM and Ford should be able to take advantage of the expected uptick in sales, but Chrysler has yet to prove it can grab market share. Chrysler also must prove it can pay off government loans, though an IPO is scheduled for late 2011.

“The big question for the future of the auto industry is the relationship between the OEMs and their Tier 1 suppliers,” says Richard W. Paige, a partner with Bush Seyferth Paige. “The quality has got to be there, and they can’t be tied down if a problem arises and an OEM and a supplier go to court.

Another challenge facing automakers and their suppliers is the fledgling market for electric vehicles — Chevrolet Volt, Nissan Leaf, and others — and whether consumers will embrace them? That’s an open question given the segment is unproven, says Aleksandra A. Miziolek, director of the automotive industry group at Dykema, a large law firm in Detroit.

“My question is: Where’s the infrastructure to support electric cars?” Miziolek says. “I do see some retailers offering plug in vehicle stations, but it’s not nearly enough. The OEMs will need to work more with the utilities to support electric vehicles, otherwise owners will struggle to find places to recharge their car batteries.”

The other technological hurdle on the horizon is vehicle connectivity, where integrated sensors help drivers avoid a crash or maintain safe distances. “In the future, you will see vehicles speak to one another (electronically) without the need for a driver interface,” Miziolek says. “That will add another measure of complexity to the industry.