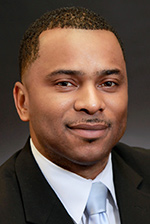 Anthony R. McCree has been named managing partner at George Johnson & Co., an accounting and advisory firm headquartered in Detroit.

McCree, a CPA, had spent nearly 15 years with UHY LLP Certified Public Accountants as a principal and leading member of the firm’s audit and assurance department, health care practice. He began his accounting career with Coopers & Lybrand and PricewaterhouseCoopers.

McCree has played an active role in the Detroit community, serving in volunteer leadership roles with Detroit PAL and the Legal Aid and Defender Association. He was a 2010 recipient of the Michigan Chronicle’s Men of Excellence Award.

McCree, of Oak Park, earned his bachelor’s in accounting from Hillsdale College.