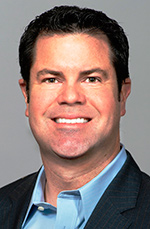 Brian McDonough has been named senior vice president for North American sales at Gale, a Farmington Hills-based provider of library resources and part of Cengage Learning, an educational content, technology, and services company based in Boston.

Previously, McDonough worked at Thomson Reuters where he served most recently as the head of North American sales for academic and government markets in the intellectual property and science practice. He has more than 15 years in sales and sales management roles in the academic, scientific, and scholarly research markets.

McDonough earned his bachelor’s degree from Shippensburg University of Pennsylvania and his executive MBA from Saint Joseph’s University in Philadelphia.