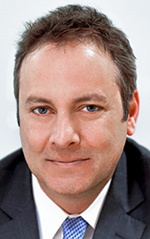 Don Bleuenstein has been named a sales director at Flagstar Bank, in the national bank’s corporate office in Troy.

Bleuenstein will be responsible for managing the sales team and building Flagstar’s retail home lending organization in the eastern United States. He joined Flagstar in 2013 as regional sales manager and was later named first vice president of sales.

Previously, Bleuenstein was home lending manager at Citi. He has 10 years of experience in retail mortgage sales and nearly 20 years in sales and relationship management.

Bleuenstein, of Troy, earned a Bachelor’s of Arts  in finance from Western Michigan University.