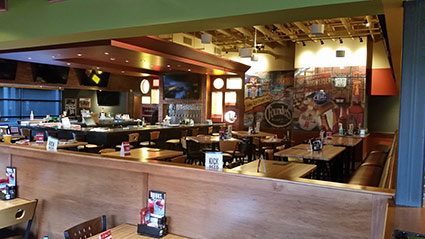 LIVONIA —TEAM Schostak Family Restaurants has signed a lease for the first Applebee’s to locate in the city of Detroit. It will be the first national casual dining chain to be located outside of the city’s central business district.

Construction for the restaurant will be on the corner of Eight Mile and Woodward near Meijer, pending municipal approvals, will begin in June and will feature the brand’s new and improved layout designed to elevate the dining experience for guests, including high-rise ceilings, an expanded bar area, more televisions, and larger windows to provide more natural light, as well as décor and painted murals specific to the city of Detroit community. The restaurant is expected to hire 100 salary and hourly-level employees.

“TSFR is proud to expand the Applebee’s brand—which is built on the concept of a neighborhood grill and bar—to the residents of this city of Detroit neighborhood,” says Executive Chairman Mark Schostak. “Bringing a nationally recognized and family-oriented brand to the city was the right next step for us to truly become part of the city of Detroit community and contribute in a meaningful way.”

In December 2014, the company also announced its plans to bring 25 locations of the Seattle-based MOD Pizza to Michigan during the next five years. The first two MOD Pizza leases have been signed  and will locate in Northville and Livonia.