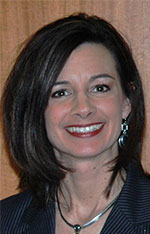 Lucas, a Fenton resident, will oversee the performance and operations of 92 financial centers and their respective teams. Her territory will include Wayne, Washtenaw, Oakland, Livingston, Genesee, and Shiawassee Counties with more than 500 retail employees.  She works with financial center personnel and line of business leaders to provide consumer and commercial clients with banking solutions that best meet their needs. She prides herself on achieving outcomes by focusing on the two most important resources in the company: customers and employees.

A banking veteran with more than 20 years experience, Lucas joined Fifth Third Bank in 2006 as a retail regional manager. She most recently served as market manager, which groomed her for her new position and allowed for a seamless transition.

Lucas earned her bachelor of business administration degree with a major in management from Kaplan University with primary studies completed at Baker College in Flint.  She also earned a business diploma from the Center for Banking Education.