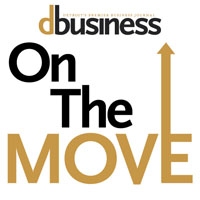 TROY — Walsh College President Stephanie Bergeron is pleased to announce that David Girodat has been elected to the Walsh College Board of Trustees.

President and CEO of Fifth Third Bank, Eastern Michigan, Girodat is responsible for the growth and strategic direction of the four lines of business including: commercial banking, branch banking, consumer lending, and investment advisors for the affiliate.

A Clinton Township resident, Girodat has been in banking since 1981. Prior to his current position as president and CEO, Girodat served as senior commercial executive for Fifth Third Bank, Eastern Michigan. Girodat began his banking career as a teller and traveled through the ranks serving as a credit analyst, loan officer , and head of commercial real estate.

He holds a bachelor’s of science degree in business administration and a master’s degree in finance from Walsh College.

“We are delighted to welcome David as a new member of the Walsh College Board of Trustees,” said Bergeron. “His experience as an alum in both our undergraduate and graduate programs and as a business and community leader who cares about the vitality of the Michigan economy makes him an exceptional addition to our governing board.”