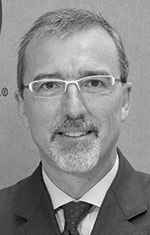 Gorlier will succeed Eugenio Razelli, who is leaving after several years with the company.

Gorlier is head of parts and service (MOPAR) and a member of the Group Executive Council since September 2011. He joined the group in 1989 in Iveco and held various positions in logistics, after sales, and customer care before joining the automobile business in 2006 in Network Development. He holds a Master of Economics from the University of Turin.