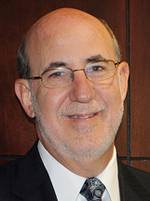 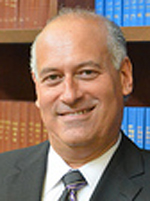 Fabian, far left, was honored for his work in the practice area of Insurance Law, while Sklar was recognized for his contributions in the practice areas of both Insurance Law and Personal Injury Litigation – Plaintiffs. Best Lawyers are determined through an extensive peer-review survey process comprised of more than 4 million confidential evaluations by the top attorneys in the country.

“The Best Lawyers in America has long been regarded as one of the most highly respected catalogues of the top lawyers across the country,” said Fabian. “To be selected for inclusion on this list by our peers is an incredible honor.”

With more than 30 years of legal experience, Fabian has won numerous cases that have created groundbreaking national precedent in establishing and protecting the rights of policyholders. He serves as editor of Michigan Insurance Law and Practice, published by the Institute for Continuing Legal Education, and as co-author of the chapter on “Property Insurance Law.” He also authored the Fire Insurance Chapter in ICLE’s Causes of Action Formbook. In 2011, Fabian was named a “Leader in the Law” by Michigan Lawyers Weekly, a “Top Lawyer” by DBusiness magazine, and has been selected as a Michigan “Super Lawyer” by Law & Politics magazine each year since 2006. He earned a B.A. with honors from the James Madison College of Michigan State University in 1975 and a J.D. from the University of Detroit School of Law in 1978.

Sklar has litigated hundreds of fire and explosion cases and has collected millions of dollars on behalf of his clients, including a $21 million dollar settlement for the children of a couple who were killed in a propane gas explosion. He serves as a principal member of the National Fire Protection Association’s Technical Committee on Fire Investigations — the committee responsible for the development of NFPA 921: Guide for Fire and Explosion Investigations. He has been active in the development of every edition of NFPA 921 since 2001. Sklar is also a principal member of the NFPA Technical Committee on Fire Investigation Qualifications responsible for NFPA 1033: Standard for Professional Qualifications for Fire Investigator. In 2013, Sklar was named a “Leader in the Law” by Michigan Lawyers Weekly, and has been selected as a Michigan “Super Lawyer” by Law & Politics magazine every year since 2006. He earned a B.A. from Michigan State University in 1982 and a J.D. from the Michigan State University College of Law in 1985.