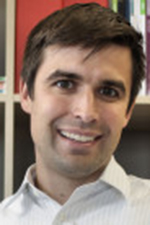 Matt Clayson, executive director of Detroit Creative Corridor Center, announced today he will be leaving the organization after accepting another position.

Clayson has been executive director of the joint initiative between Business Leaders for Michigan and the College for Creative Studies since its inception in 2010.College for Creative Studies President Richard Rogers says Clayson successfully positioned the organization as an economic engine for the Detroit region and has also attracted international attention to Detroit’s creative industries from as far away as Europe and Africa.

“Matt not only established DC3 as a valuable resource for local creative industries but he helped put Detroit on the map for other businesses that understand the benefits of locating in or around a creative hub of talent,” Rogers says. “Under his leadership, DC3 has attracted new creative sector enterprises and jobs to Detroit, secured millions of dollars of investment in the area and successfully launched the internationally-recognized Detroit Design Festival.”

DC3 introduced multiple successful initiatives to benefit Detroit’s creative industries, including its Creative Ventures Business Accelerator Program. Considered one of the top design accelerators in the nation, the program attracted nearly $3 million in revenues, created over 100 jobs and put thousands of square feet of unused studio space to use.

Additionally, DC3’s Detroit Design Festival has evolved into one of the nation’s largest and most diverse design events, attracting tens of thousands of visitors annually to Detroit and showcasing the work of hundreds of local and international designers.

“Through Matt’s leadership, DC3 has played a major role in creating a dense core city district that is attracting and retaining talent, increasing the presence of creative industries and improving the city’s image both internally and externally,” says Sabrina Keeley, COO of Business Leaders for Michigan.